“I know your deeds; you have a reputation of being alive, but you are dead. Wake up!” Revelation 3:1b-2a

Sardis was a city located about thirty five miles southeast of Thyatira and was one of the wealthiest and most powerful cities in the ancient world.

The church at Sardis was well thought of by outsiders, didn’t seem to have a lot of division or internal strife, and seemed to have it all together, but Jesus had a different opinion about them. They were on the verge of death if they didn’t wake up and do what the Great Physician was prescribing.

“The message to the church in Sardis is the fifth (and most negative) in the series of messages to the seven churches in Revelation 2-3. Jesus confronts a church relying on its past reputation to make up for its present spiritual slumber. Only a few people are commended by the Lord as he attempts to rescue this church from certain death.”37

“Sardis enjoyed a good reputation, but it did not deserve this reputation…neither the Jews nor the gentiles seem greatly to have troubled the people of Sardis. Sardis was a very ‘peaceful’ church. It enjoyed peace, but it was the peace of the cemetery! Christ tells these dead church members that they must wake up and remain awake and must make firm the rest of the things that are on the verge of death. The lamp on the stand is beginning to burn more and more dimly. Soon the tiny flame will have been completely extinguished.”39

“Jesus’ warning that he will come on them as a ‘thief’ (3:3), presumably unexpectedly as in the night, recalls Jesus’ words about the end times (Matt. 24:43; cf. Luke 12:39) often repeated by early Christians. But this warning would also prove especially alarming to the proud Sardians schooled from youth in the history of their city. Conquerors had never overtaken Sardis by conventional war, but had twice conquered it unexpectedly because Sardians had failed to watch adequately.”40

“Jesus issues five commands to shock them back to life. The first, ‘Wake up!” is the same command Jesus uses so often in other eschatological contexts. It appears again alongside the thief image of Jesus’ warning in Rev. 16:15. In essence, Jesus is telling this church to realize their condition and be willing to do something about it…those who are on the verge of spiritual death need to be strengthened and supported, because while their deeds seem perfectly acceptable to the surrounding society, they are coming up short of God’s standard. From God’s perspective, their works are unfinished or incomplete. They desperately need to ‘remember’ what they have received and heard, namely, the truth of the faith taught by Jesus and passed down by his apostles. But they must do more than recall; they must also keep/obey/live out these truths, which will surely involve repentance.”41

Ask the Lord to reveal to you His opinion of your spiritual health. Are you dead, dying, or healthy and alive?

Implement, with the help of the Holy Spirit, the remedy of the Great Physician: wake up, strengthen what remains, remember the historic Christian faith, and embrace it, which will necessitate a change of course or repentance.

39 Hendriksen, William. More than Conquerors: An Interpretation of the Book of Revelation 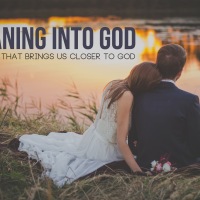 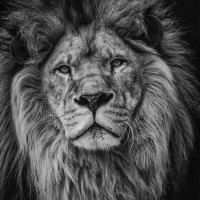