Have you ever wondered what God is like? I mean truly, without all the fog and confusion that so often surrounds our conversations about God. If you could look at God unveiled and see Him as He truly is, what would you find?

Scripture says that if we seek His face, beholding Him unveiled, we will be transformed into the same image from one degree of glory to another (2 Corinthians 3:18). We were originally created in the image of God, bearing His likeness, reflecting the beauty and power of His glory. But ever since the dawn of man and woman upon the earth, every enemy of God has set themselves toward marring our ability to bear His image. The picture gets twisted, blurred, dulled, shattered, whatever it takes to keep that fog and confusion about what God is really like polluting our hearts and minds.

In the account of God literally moving heaven and earth to lead the Israelites out of slavery and into their Promised Land, we find two contrasting pictures of what the human heart can do and how an image will appear no matter what. The question is, when we are faced with a similar situation (which just so happens to present itself every single day of our lives) will we become the image of God, radiating His likeness or will we make a meaningless, empty image of a lesser god?

The Israelites struggled to follow where God led—the roads He chooses are rarely easy. And rather quickly into their quest, the Israelites lost sight of the vision God had placed before them. They let their hearts remain defined by the learned helplessness of their slavery even after they had been delivered. They were meant to bear the image of their God. He wanted to shape them into a nation with a culture that showed people what He was really like. But instead of seeking God’s face, and becoming His image manifested on the earth for all the world to see, they turned and, like Eve in the Garden, they let their hearts wander into the thought that maybe God was not to be trusted—after all, Moses had been gone a long while, maybe God was holding out on them, maybe they really were on their own. And so they made an image of their own—a golden image of a lifeless god (see Exodus 32).

Meanwhile, one man was up on the mountain, seeking God’s face, asking to see His glory. One man was listening when God began to show him what He was really like, and that man came down the mountain with his face literally radiating light from having spoken to God and listened as God spoke to him as a man speaks to a friend. Moses sought God’s face, desiring to behold His glory and the result was that he was remade into the image of God, a reflection of the light of His character and being (see Exodus 34:29-35).

We have the same opportunity today, the same choice. Will we remain slaves in our hearts who feel like we are on our own in the world and so turn to make images of gods that do nothing to help us fulfill our created design and purpose or will we be free men and women who seek God’s face with a fearless and persistent desire to be transformed into the same image from one degree of glory to another.

God created man in His image, but every enemy of God is set against marring that image. Every voice within our culture that does not resonate with God’s is trying to convince us that the more hazy and blurred the defining lines of our image bearing qualities becomes, the more freedom we will have. The culture will tell you that those with a more fluid sexuality are more free, those who hold a looser definition of marriage are more free, the culture even tries to rob us of our specific place in the story and the role we were entrusted to fulfill by telling us that you should never let someone define you by what you do or who you are.

Try reading a story where every character refuses to be defined in any way shape or form. It would be impossible to write a story without being able to entrust some specifics to your characters. Without definition of things like gender, relationships, or purpose we will have no story. Do not fear being defined as a certain someone with a certain make-up designed for a certain purpose. The voices who champion things like a more fluid sexuality are trying to rob you of your created identity and purpose. Those deceiving voices who have made such lies vogue know full well that they are trying to lure us into further bondage of obscurity and oblivion, no definition, no purpose… from one degree of slavery to another.

There is only one way out—seek His face. Search until you know Him as He truly is. Behold Him unveiled. Where the Spirit of the Lord is, there is freedom (see 2 Corinthians 3:17-18).

When we seek His face as Moses did, beholding God as He truly is, we are transformed back into our original state of being created in His likeness, growing from glory into glory. Let us not submit again to the yoke of slavery.

“So God created man in his own image, in the image of God he created him; male and female he created them.” Genesis 1:27

“…put off your old self, which belongs to your former manner of life and is corrupt through deceitful desires, and to be renewed in the spirit of your minds, and to put on the new self,  created after the likeness of God in true righteousness and holiness.” Ephesians 4:22-24

“And we all with unveiled face, beholding the glory of the Lord, are being transformed into the same image from one degree of glory to another. For this comes from the Lord who is the Spirit.” 2 Corinthians 3:18 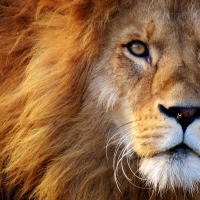 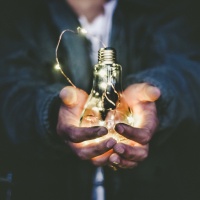 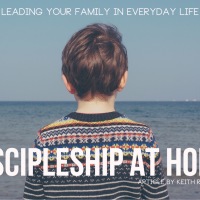 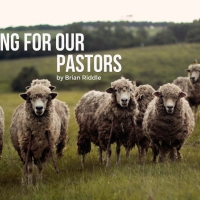 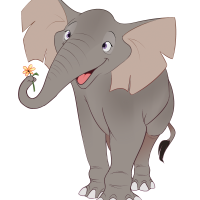