As we pray through the seasons and circumstances of life we are always faced with choices…Will we move into the places our prayers call us with confidence, trust, and humility and rise to the response Christ has already set in His words!? Or will we be overcome by feelings of doubt, skepticism, and pride questioning who God is and what God will or will not do… God hasn’t come through for me….I have been praying and nothing happens…or why pray He already knows?

It is my greatest desire to encourage you with his words to a place of PRAYER.

In this scene we find Jehoshaphat, King of Judah standing on the brink of war. A messenger comes to report that huge invading armies are closing in on them. King Jehoshaphat grows terrified and his first response is to beg the Lord for guidance. He orders everyone in Judah to begin fasting, and all the people of Judah unite to seek God’s help.

When Prayer is the Only Hope

The author of 2 Chronicles allows us to stand near enough to hear exactly what Jehoshaphat prays. The man is in a desperate situation, but wildly confident of both God’s ability to intervene on their behalf and His promises toward them. Making for a very interesting prayer to lean in close and listen to.

Here is what the king prays, “O Lord, God of our ancestors, you alone are the God who is in heaven. You are ruler of all the kingdoms of the earth. You are powerful and mighty; no one can stand against you! O our God, did you not drive out those who lived in this land when your people Israel arrived? And did you not give this land forever to the descendants of your friend Abraham? Your people settled here and built this Temple to honor your name. They said, ‘Whenever we are faced with any calamity such as war, plague, or famine, we can come to stand in your presence before this Temple where your name is honored. We can cry out to you to save us, and you will hear us and rescue us.’ “And now see what the armies of Ammon, Moab, and Mount Seir are doing. You would not let our ancestors invade those nations when Israel left Egypt, so they went around them and did not destroy them. Now see how they reward us! For they have come to throw us out of your land, which you gave us as an inheritance. O our God, won’t you stop them? We are powerless against this mighty army that is about to attack us. We do not know what to do, but we are looking to you for help.”

The story goes on to describe how all the men of Judah stood before their lord with their wives and children. The tension is high. The threat of death is closing in on them. They have no hope but God’s response to this prayer. I imagine the air so still that they can only hear their own heartbeats as they wait in silence. And then, the Spirit of the LORD came upon one of the men standing there. His name was Jahaziel. And as the Spirit fell on him, he began to speak. “Listen, “ he said “all you people of Judah and Jerusalem! Listen, King Jehoshaphat! This is what the Lord says: Do not be afraid! Don’t be discouraged by this mighty army, for the battle is not yours, but God’s. Tomorrow, march out against them. You will find them coming up through the ascent of Ziz at the end of the valley that opens into the wilderness of Jeruel. But you will not even need to fight. Take your positions; then stand still and watch the Lord’s victory. He is with you, O people of Judah and Jerusalem. Do not be afraid or discouraged. Go out against them tomorrow, for the Lord is with you!”

Worship as A Warfare Strategy

With that, King Jehoshaphat and all the people of Judah and Jerusalem bowed low with their faces to the ground, worshiping the Lord who had answered their prayers. The priests from the tribe of Levi stood to shout loud praise to God. You can feel the relief sweep over the people. The army is still invading, but the tension has broken, The Lord is with them.

Early the next morning, the army of Judah went out to the wilderness of Tekoa. The men must have been feeling some fear creep in on them as they set out to face their enemies for on the way, Jehoshaphat stopped and encouraged his men with these words, “Listen to me, all you people of Judah and Jerusalem! Believe in the Lord your God, and you will be able to stand firm. Believe in his prophets, and you will succeed.” What Jehoshaphat does next is a very interesting battle strategy, he appoints singers to walk ahead of the army, singing praises to the Lord.

At the very moment they began to sing and give praise, the Lord caused the enemy armies to start fighting among themselves. The armies of Moab and Ammon turned against their allies from Mount Seir and killed every one of them. After they had destroyed the army of Seir, they began attacking each other. So when the army of Judah arrived at the lookout point in the wilderness, all they saw were dead bodies lying on the ground as far as they could see. Not a single one of the enemy had escaped.

When we come to God and believe who He say He is we are going to find rest. When we look back and see all that he has already been faithful in we can find confidence and security that our prayers are not in vain. He is the ever present help in time of need. Our Father loves and intercedes for us. He desires for us to cry out to him, not in an erroneous fleshed out mindset but in the absolute truth of who he truly is. Right acknowledgment shows our faith and with faith comes action. King Jehoshaphat’s right acknowledgement and faith moved him to pray. Because of King Jehoshaphat’s prayer we see God respond by the spirit of the Lord coming upon one of the men. King Jehoshaphat could have hesitated or questioned the words spoken but he did not…he trusted that God would move as He said He would, he bowed low with his face to the ground with a thankful heart he trusted the WORDS God had spoken and walked in them. He is the one we go to when we pray, not our assumptions or our fears.

What Do You Believe?

What are we in this era to believe? It says his prophets which for us would be HIS WORD. We cling to and hope in HIS WORDS! So when we are questioning if God really is moving when we pray we can believe that he is because His WORDS SAY SO! It may not be yes, it may be no, and it may be wait. Whatever His response may be we can rest and believe He is faithful and at work.

How to Battle Against Hopelessness

The second thing I want to point out is they worshiped and sang praises to God in the midst of the waiting! The enemy would love to trip us up with hopelessness, let’s not give him that pleasure. Let us praise our God with thanksgiving.

6 Don’t worry about anything; instead, pray about everything. Tell God what you need, and thank him for all he has done. 7 Then you will experience God’s peace, which exceeds anything we can understand. His peace will guard your hearts and minds as you live in Christ Jesus.

Our thanksgiving will bring the peace we need and will guard our hearts and minds as we wait and see His hand move mightily on our behalf.

I pray that this brings you such confidence and stirs your heart to pray. Brothers and  sisters in Christ God has chosen us to be the means by which he touches the world. We are the salt and the light. We have been given all we need in Christ to live a Godly life, we have been given every spiritual blessing in the heavens. We are commanded to pray. The Lord moves on behalf of our prayers.  Do not be discouraged, ULTIMATELY the battle is not yours but Gods!

WE BELIEVE IN A GOD WHO WILL MOVE IF WE WOULD JUST ACKNOWLEDGE HIM, HUMBLE OURSELVES AND PRAY.

You are Invited to Pray With Us

We want to encourage you to come out to the prayer meetings held the last SUNDAY of the month. As we gather together believing that He is fighting for us and He is moving! We have the greatest weapon. We have access to Jesus the head of the Lords army who intercedes for us. Let’s fight on our knees and see God conquer the army’s of evil in the unseen realms, let’s begin to trust and rest in his never changing character and faithfulness.

You rescue the humble,

but you humiliate the proud.

You light a lamp for me.

The Lord, my God, lights up my darkness.

In your strength I can crush an army;

with my God I can scale any wall.

All the Lord’s promises prove true.

He is a shield for all who look to him for protection.

For who is God except the Lord?

Who but our God is a solid rock? 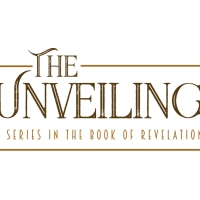